How to use Inspecto need

How to use Inspecto code

How to use Inspecto need

Here we present the main features of Inspecto need. When you sign up, you will also have access to an online training session. Additional and more advanced training is possible if you wish.

Inspecto need is a requirements management application. It allows you to create your requirements, formalize them, analyze them and export them to your software development projects. To ensure good practice, we recommend that you first define the domain in the Domain definition section. This step, although optional, ensures that the elements you will use in your requirements are properly bounded. For example, you can define that the led color variable can only be green, orange, red or off. 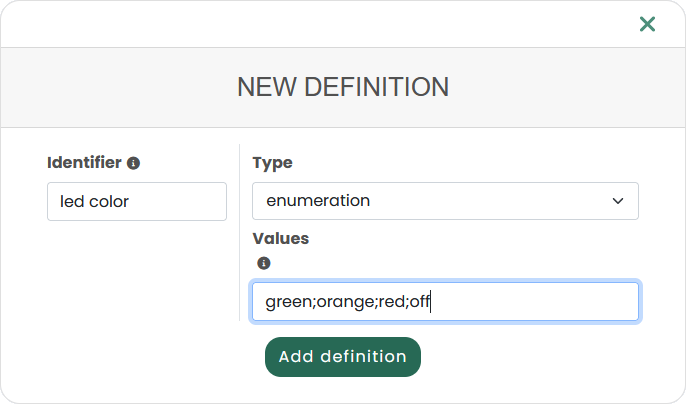 Once this is done, you can start writing your requirements in the Requirements section. The easiest way to do this is to start with user needs, which you can express freely (following the recommendations of the ambiguity analyzer), then refine them into more formal requirements that can be used with Inspecto code to generate tests.

Finally, you can export your requirements, either to GitHub or GitLab, or to JSON or Word format using the Exporter. All project team members can also import them directly into Inspecto code.

See also How to write a requirement? and What are domain definitions?.

How to create a new project? 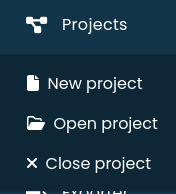 A project can be created using the Projects menu to group together the associated customer requests. All you have to do is enter a name and a description. 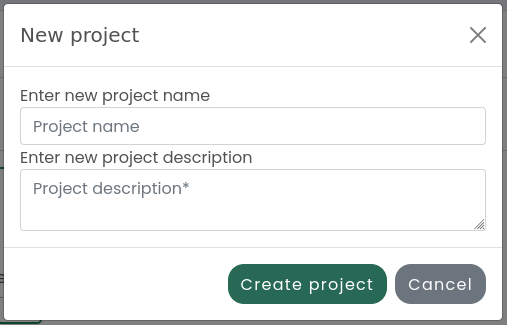 Once the project is created, several sections are available:

How to write a requirement?

The New requirement window can be decomposed in 7 parts, as described below:

See also What is a formal requirements?

What is a formal requirement?

Thus, a formal requirement is a set of properties that must be satisfied given the constraints.

The grammatical form of a formal requirement is thus:

When <constraints> then <properties>

The grammatical form to express a constraint is:

Variables are defined using words in a classical way. You can also use noun phrases connected by prepositions to talk about sub-elements, for example the led of the dashboard will be understood as the element led contained in the element dashboard.

The comparison operators are the classical ones:

Value can be of type:

If variables and values do not change for properties, the syntax is slightly different since you have to introduce a modal verb:

Modal verbs modify the comparison operators that follow them (the verb be is in the infinitive, e.g. be less than instead of is less than) and are:

See also What is a domain definition?

What is a requirement in natural language?

What is a domain definition?

Each variables expressed in requirements is defined by a domain.

Inspecto need infers the type of variables using the context, but it is possible to define it strictly in order to:

This is done using the Domain definition section of Inspecto need. You simply add a new definition, giving a type to a given variable. Inspecto need will then parse it into the project based on that type.

How do I connect to other existing tools? 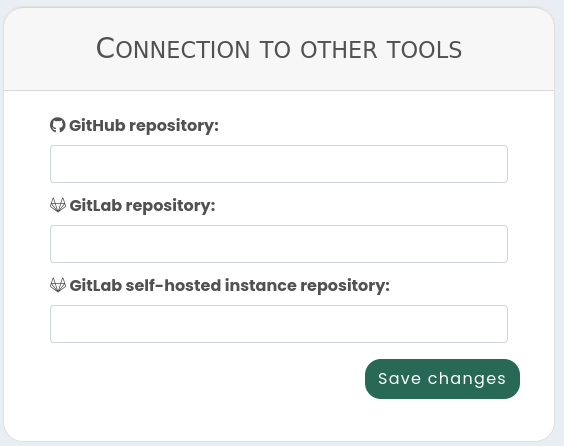 How do I export my requirements?

How to manage the members of a project?

How to use Inspecto code?

Here we present the main features of Inspecto code. When you sign up, you will also have access to an online training session. Additional and more advanced training is possible if you wish.

Inspecto code is an automatic test generation software, directly linked to the Inspecto need projects of which you are a member. You will be able to retrieve all the requirements previously written on Inspecto need.
Inspecto code allows you to generate your behavior and acceptance tests in the programming language of your choice.
After linking the generated tests to your code, you can run your tests from Inspecto code and observe which requirements are met or not by the application. 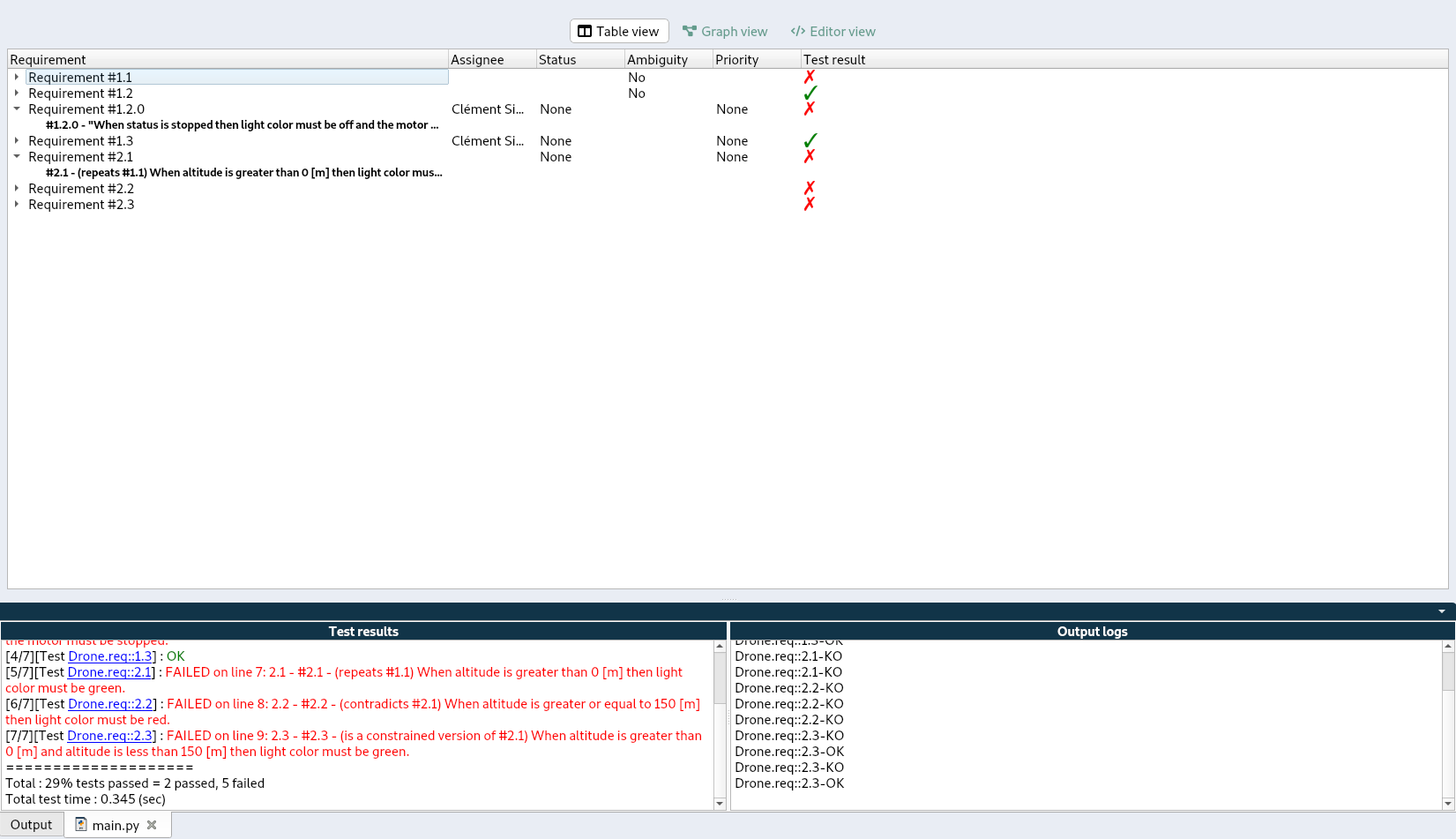 How to create a new project?

From Menu 〉File 〉New Project or directly with the icon 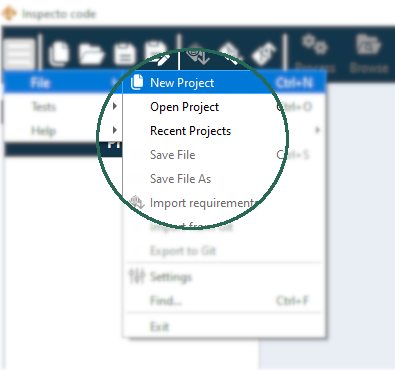 In the wizard that appears, enter the name of your project and the folder in which you want to place your project. Using the drop-down menu, you can indicate the Inspecto need project you are working on. 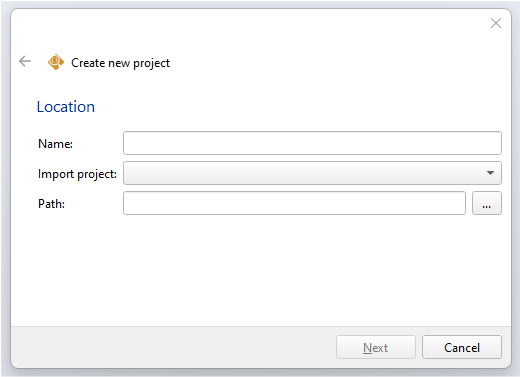 On the next page, indicate the specifics of your project's test generation, such as the language, the test framework used or the location of the test files. 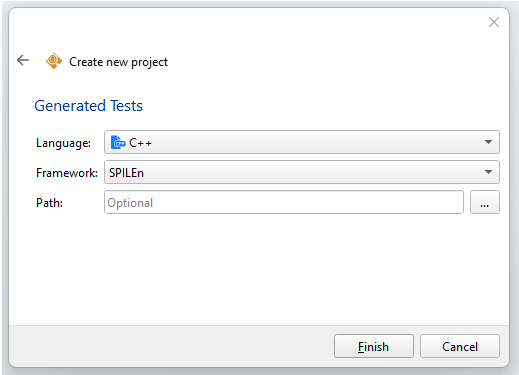 How to import requirements from an existing project?

A project can be imported or exported to remote repositories (Inspecto need, GitLab, GitHub, Jira).

Import your requirements from an Inspecto need project of which you are a member.

Import tickets from a GitHub or GitLab project, specifying or not a particular label. Once your project is created, from Menu 〉File 〉 Import from Git or directly with the icon

from the toolbar, with the following data: 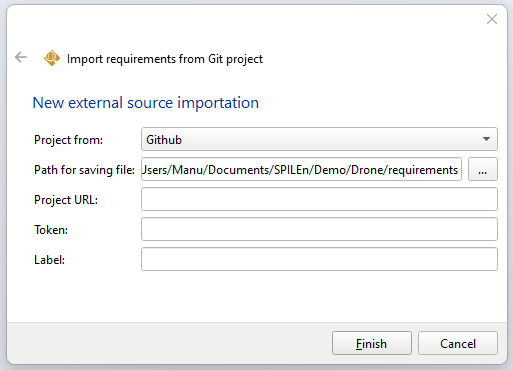 In the same way as for GitHub or GitLab, you can import a project from a remote Jira repository.

Once your import is done, your remote repository will be associated to your project and you can export your requirements directly with the

The visualization in the form of a ticket, which allows you to have all the data related to a requirement (texts, metadata, assigned member).

The graphical view, which allows you to see the links between your requirements from the Graph view tab. Thus, you will be able to see in green the minimum set of requirements that must be met to run all your tests. 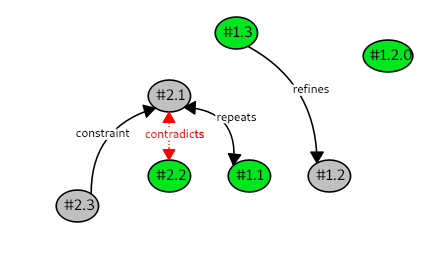 It is also possible to open the .req files in the text editor by right-clicking 〉Open in editor.

How to generate test files?

in the toolbar. Your files will be generated in the tests sub-folder. 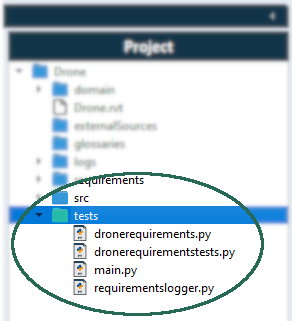 The generated tests are organized into two types of files:

It is now necessary to link these test files to the developed application in order to be able to execute them. Note that it is possible to regenerate a requirement from the detailed view using the Generate test button

.
To avoid any loss due to a bad manipulation, we advise you to move these files in another folder, if you come to modify them. This will avoid overwriting them during the next generation.

How to navigate from requirement to code?

It is possible to easily navigate between a requirement and the associated test code. To do this, there is a button in the detailed view of a requirement Go to test code

. Conversely, you can return to a requirement with the command ctrl + space from the identifiers present in the comment of the test methods.

How to link my client executable to my project?

You must integrate the generated tests into your developments. Compile these tests with your application and then link the executable produced to Inspecto code using the Tests 〉Browse executable menu or using the button

How do I test my code?

. The results appear in the console.

How do I change the settings of my application?

Some parameters of the application such as the generation language or the font size can be modified in the Settings of Inspecto code, accessible via Menu 〉File 〉Settings. 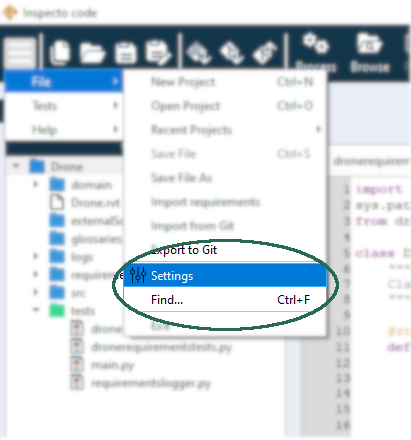 How to change the language of generation?

There are several possible generation languages, available in the Settings of the Inspecto code application.

How to link external sources?

In order to keep track of customer requests and their origin, Inspecto Code allows you to link documents to a project, a file or a particular requirement.
To do this, simply right-click on the externalSources folder and select Add new external source. In the wizard that appears, you can then choose the type of link, then the file to link.

You just have to register on the site using the form on the Registration page. You will then have access to your personal space and we will contact you shortly to allow you to obtain one or more licenses that you will manage.

The manager account is the account of the person managing all the licenses of his team or company. He can choose to activate or deactivate the users' licenses.

My license does not work anymore, why?

I can't connect to Inspecto need

There are several reasons why you may not be able to connect to Inspecto need:

I can't connect to Inspecto code

There are several reasons why you may not be able to connect to Inspecto code:

What is the difference with Cucumber?

Contrary to a BDD approach used in Cucumber, we have a more abstract approach because we focus on requirements. We could call this RDD approach (Requirement Driven Development). To make the link with the Gherkin files, we can open them in our application but no analysis is done on them. By transforming them into a requirements file with Inspecto need, you can generate the associated tests.